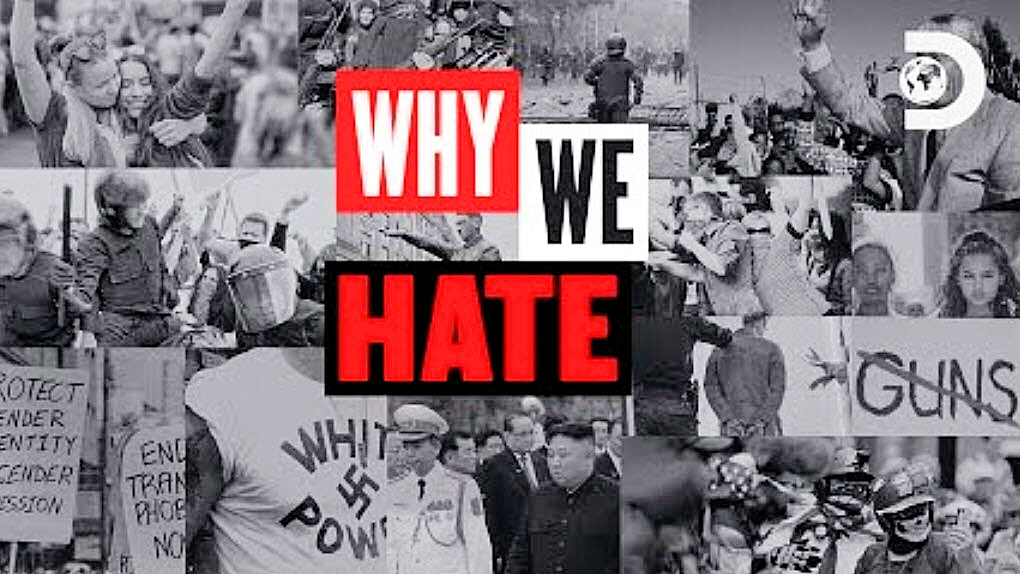 Republishing this with additional commentary.

The capacity to hate lies within all of us. The capacity to dehumanize the “other” in order to be rid of people we consider dangerous or deviant or difficult or just plan stupid is universal. To a large extent, the only progress humanity has made since we were a bunch of Naked Apes hunting, gathering, and scavenging on the African savanna has been our increasing willingness to tolerate each other.

Hate can easily be turned to public action. That’s why politicians use it so much. Take a dab of fear or even legitimate anger, mix in a convenient target and a bit of adrenaline, and whip well. It is a powerful emotion that suspends the logical thought process. It is a tool in the trade of every despot and demagogue from Stalin and Hitler to Saddam Hussein and Osama bin Laden and more than a few who are still in power.

And sadly, even the American presidency does not seem immune. Recent events have shown how easy is is to stir up a populace to violence, even in a liberal democracy like the US. The attack on the Capitol can only be viewed as mob insanity. There was no practical effect other than to unify their opposition. There was no benefit except the joy of destroying a symbol of their hatred. They get massive publicity and Trump gets to show he still retains some power even as he loses the White House.

Does this remind anyone of another incident in recent history? (Sorry, but I consider the entire 20th century to be recent history.) Do some research on the Beer Hall Putsch of 1923 by none other than Adolph Hitler. The parallels are eerie.

The right hates the left, the left hates the right, and the majority of people who sit somewhere in the middle look on in confusion. I found this perfect description of the situation:

Neither of these points of view are logically – or practically – true. Enough people believe them to drive us apart instead of focusing on our common humanity. And so the hatred, born of a struggle for dominance and the fear of being dominated becomes just another tool to be used in the game we call politics. It is a fertile field in which to sow madness.

I’d like to make it mandatory for every high school student. Good luck on that.

First aired October of 2019, it is still available.

Spielberg gives us a no punches pulled overview of hate, starting with likely genetic roots in our ancestors and following it to this day. It is not for the squeamish. The scenes from the Holocaust, the Cambodian killing fields, and the Rwandan genocide of 1994 are particularly gruesome. Yet somehow, every episode manages to end with a note of hope.

The capacity to hate is human. It is hard-wired into our DNA. At the same time, empathy is hard-wired into us. Most people are quite capable of being hateful or compassionate or anything in between. Hate comes from the amygdala, that little bit of reptile brain we all still have. Empathy comes from a more recent addition, the supermarginal gyrus of the cerebral cortex. Your life largely shapes how you respond but you can also decide to walk a different path.

Time to find a better way.

When you see someone mistreating someone because they are different, that’s a completely human behavior. Just as human as rising to that person’s defense.

There is an apocryphal story that succinctly tells us how our lives will go:

One evening an old Cherokee told his grandson about a battle that goes on inside people.

He said, “My son, the battle is between two wolves inside us all.

The other is Good. It is joy, love, hope, serenity, humility, kindness, empathy, generosity, truth, compassion, and faith.”

The grandson thought about it for a minute and then asked his grandfather: “Which wolf wins?”

The old Cherokee simply replied, “The one you feed.”

The next time you see someone spewing out hate, which of the wolves inside of you will you feed?

“Be the change that you wish to see in the world.”
Mahatma Gandhi