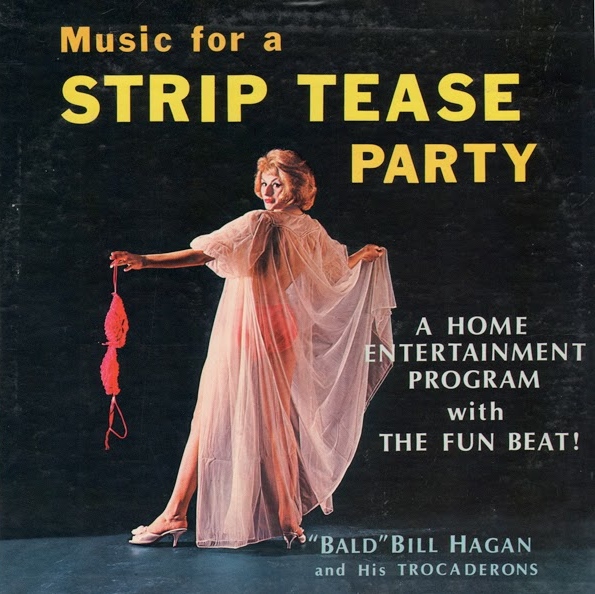 That time I was an male eXotic dancer

I think I mentioned in an earlier post that in my 20s, I had a sideline as a freelance (pardon the pun) male exotic dancer. It wasn’t difficult to get into. I’d done amateur musicals and nude modeling and taken a modern dance class in college. Given what the rest of my life was like, I considered it an antidepressant. Reaching out for bits of endorphins and some kind of approval. I literally had nothing else going for me. I invented a way to keep the self-destructive demons away. Perhaps a nonaddictive and nondestructive narcotic.

I picked up a boom box and cut a couple of tapes. One piece of music was “The Stripper” by David Rose.

Another good song was “Call Me,” by Blondie. In case you don’t remember, it was the theme from the movie “American Gigolo” which was Richard Gere’s breakthrough role as a world-class male prostitute specializing in older women. He played the heartless heartthrob who finally learns to care about other people in the end.

This was my favorite. Heart was my absolute favorite group of the time. “Magic Man,” with its suggestion of sexual seduction and obsession was a big turn-on for me as well as the audience.

Of course, there were other songs. What I did ranged anywhere from maybe 15 minutes for a surprise strip-o-gram in a hair salon for a customer to an hour-long performance in a private residence for a divorce party. The levels of exposure and eroticism varied quite a bit from g-string and humor to naked and… uh… extremely sensual. Most won’t want to go that far.

If you have the space and the time, a strobe or a glitter ball or one of those rotating lights that sends spinning dots of color around would be cool. I had them but never got a chance to use them. Be careful with strobes. If they are too bright relative to the background some people have seizures. Stay out of the 3-30 hertz range where most of the risk is.

To reach my audience I had to advertise. Back then we had several advertising papers. They’d print a small article about nothing much just to qualify as a newspaper but the entire body of it was nothing but advertising. If you were a business or if you wanted a display ad, you’d have to pay but a private individual could run a free classified ad. I also put up flyers on bulletin boards and left cards at party shops. Rented an answering service with a physical mailbox. That got me all the results I could handle.

Bachelorette parties were big, as were divorce parties, (something that seemed VERY odd at the time.) and surprise birthday parties. A couple of times did it for a large audience on stage.

Being essentially homeless and alone, I had low overhead and worked for far less than the various agencies that had sprung up. There was a big market of middle and working-class women that were under served and couldn’t cough up the $200+ fees of professionals. I was also happy to do stuff the other businesses wouldn’t. Full-monty stuff.

I believe the science fiction author Isaac Asimov invented the term ecdysiast for a stripper. Women have been removing their clothing in dance form as entertainment for men for as long as there has been dance and clothing. Men returning the favor is a fairly recent development.

Celebrating female sexuality has been taboo for just about forever. The first male stripping that I am aware of emerged in the early 70s in NYC. From there it spread like wildfire. By the end of the 70s, Chippendale’s opened in Los Angeles and attracted huge audiences. From there, many small hole-in-the-wall operations sprang up for straight women, couples, and even gay males.

The city’s initial response was to attempt to shut these venues down. The problem was that as long as there was no contact between dancer and audience, there was no law being violated. Lewdness in public is illegal but as long as you meet the minimum clothing requirement or are otherwise concealed (like a fan dancer) you’re ok.

Chippendale’s was not a public venue, it was a business and a private club, so the same rules were applied as would have been applied to female strippers at men’s clubs. Lewdness could be allowed. No alcohol could be served, and a specific distance had to be maintained.

Chippendale’s policy was not to have nudity or even much lewdity. They targeted a mass market audience who might be skittish about such things. Instead, they wore a cuff and collar outfit with a matching tuxedo style thong. Later this became tight-fitting spandex pants. I copied this and modded it to go with a tuxedo g-string. I added a top hat, gloves, and black ballet slippers. To finish off the outfit there was a full-length black and white cape with a cowl and a black walking stick with white tips. (And other clothes under the cape to be removed.)

They have since moved to Las Vegas where a lot more grabbing of the merch is allowed.

Given my proclivity for discarding clothing, this idea proved irresistible.

Some lessons I learned from this sideline…

Pick music that feels sexy to you.

Clothes aren’t just coverings, they are tools. Accessories are tools. They are props for your performance. Use them creatively.

My favorite routine was to be dressed as a magician. It goes well with “Magic Man,” the song. There’s also a Phantom of the Opera outfit which was “Magic Man” plus a mask. I have also done Santa Claus, a biker, and a religious proselytizer on his mission. (The reaction to those was hilarious!)

Taking off clothing gracefully is a big problem. Clothing needs to just fall off. Or you can “rip” them off but they still need to come off instantly. Pants are the worst. Can’t think of a single way to remove them gracefully so I wore them loose enough they’d just drop straight down. Then step out and kick them aside. There are specialty pants that rip off with Velcro but I could never afford such.

I tend to fumble with buttons and hooks and snaps but you can counter this by undoing them very slowly, making it a part of the tease. Velcro has a distinct sound. Bows are perfect. My cape had a bow in front, my g-string a bow in the back. A big bow that can be easily tugged on and released. I used that once in a strip at a science fiction convention. And again in an adult dance party at a Mensa convention.

Your job as a performer is to create a mood in the audience. Ideally to generate a positive response. It might be just for laughs or you might want to heat them up. At its best, stripping is a slow burn. You might strip down for a number, disappear, and reappear for the next number having put something back on. Like a ball bouncing down the staircase, it doesn’t happen all at once.

Your skill as a dancer is a secondary consideration. Enthusiasm counts. If you are enjoying yourself, it is contagious. You have to do a bit of choreography and have a plan in mind of exactly what the performance will be. You need to stay vaguely with the beat but precision isn’t the top priority. Practice your moves, don’t improvise. Big gestures in the performance need to correspond to big moments in the music. You need to look reasonably fit but you don’t need that lean Chippendale’s look. “Manscaping” is optional. Not every woman’s ideal is a well-developed 12-year-old or a bag of muscle with 5% body fat.

Practice practice practice! Ideally with a supportive audience. I spent some time getting instruction from a lady stripper. I watched other stripping routines. I had a couple of friends I could experiment on. Having a large mirror and an open area is great. That semester of modern dance in college came in handy. I wasn’t any good at it but it gave me ideas.

Even though birthdays come at all times, ninety percent of your business will be Saturday.

You can perform with music that isn’t considered dance music. The music itself creates the mood. You don’t need to dance “to” the music if you can illustrate the music’s story.

Be clean & smell nice, but don’t worry about working up a sweat. Do it right and they’ll be sweaty too. Let your pheromones be part of the show.

Choreography is vital. Timing is vital. Unless you really do know how to perform an extemporaneous dance, don’t. You’ve got X amount of time to get your kit off. Maybe even doing multiple sets in a performance. At least 2/3-3/4 of that will be ‘tease” time. It is the tease that drives them wild. The last dance (or two or however many encores they want) is the finish. What can you do in 15 minutes? How about an hour? What if there is no official end time?

A private party with unruly drunken females is either something you look forward to or something you’d want to avoid. 🙂 Scout the location if you can. Private residences are often cluttered and crowded. Ask them to turn up the heat a bit and move the furniture out of the way.

Divorce parties are the rowdiest. After a few drinks (or hits on the pipe) they’ll probably encourage you to do erotic-plus. One time I was given such potent psychoactives before it began I was pure rubber and seeing streamers. (Might have been my best dancing. That one deserves a post all its own. In fact, I did several gigs worth a post all their own.)

I also did two different gay parties only to discover both times there was only one guy there. I knew what they were after, waste of time for me. (Grrrr!) Once I did a strip on the front lawn of a house in the middle of the night. My last strip was for my own 30th birthday party.

Not everyone can be so nonchalant about it. A person could get burned out, especially if they weren’t doing it for fun and it was just another daily grind.

I never initiated contact with an audience member but there are always those who want to grab and grope or tuck tips into a g-string. (Or rubber band dollars around my… well, you get the idea.) I was young and uninhibited and it was part of the fun. Being a tease about it was a part of my fun. I’d smile and dance away if they got too grabby.

Don’t ask me why I didn’t go farther with the clientele. I’m not sure why myself. The option was there, I just never pursued it. Maybe I was too much of a geek.

And now, what you have all been waiting for. Recently uncovered video footage secretly created at one of my stripping performances has hit the internet via ticktock.