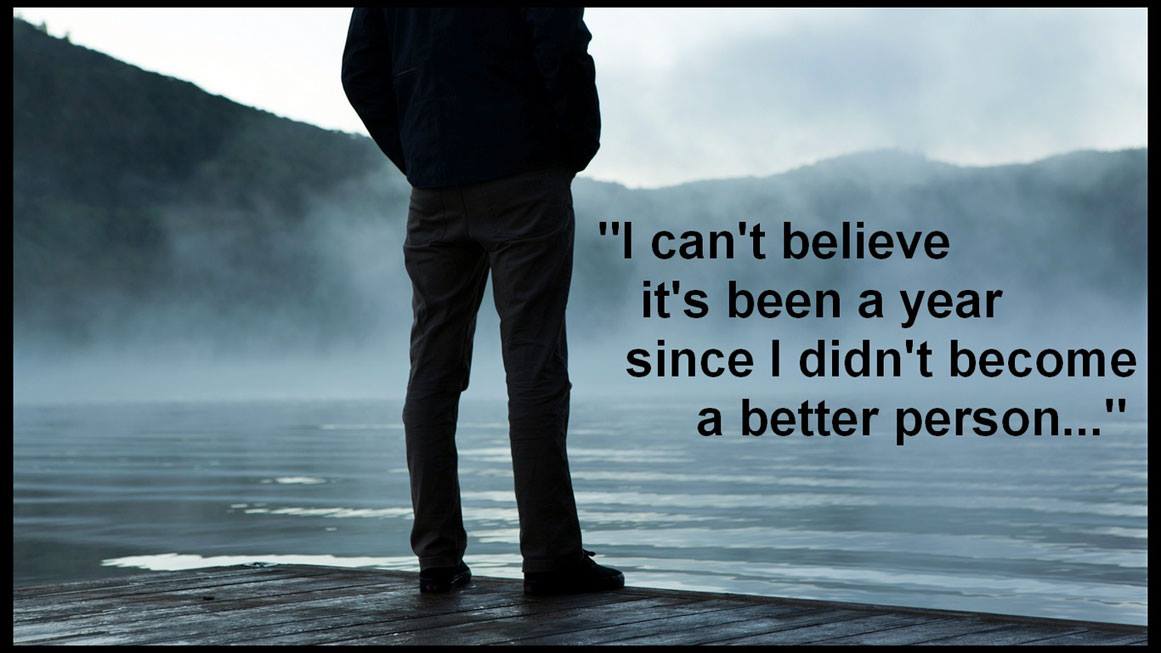 In 1788 Robert Burns penned what would become his most famous work, Auld Lang Syne. The title may be literally translated in contemporary American English as “old long since” or more loosely to “days gone by.” Burns himself indicated that he did not write the song but merely expanded upon an old song he heard from an old man. This is entirely possible as similar poems have been found from as early as the 1600s.

I have added contemporary English translations for some of the more cryptic Scottish terms. The final line of the chorus has morphed from “For auld lang syne” to “For the sake of auld lang syne”. The melody is also from an old Scottish folk song. I do not know if it is the original or something the poem was later set to. Just imagine the thickest Scottish brogue while being sung!

Credit for the lyrics go to RobertBurns.org.

Two friends who frolicked and played in the highlands of Scotland went their separate ways across the world. They meet again and drink a toast for old time’s sake. This simple story has become the most important commemoration of time’s passing and looking forward to the new year.

Few know anything but the first verse and the chorus. (Reminds me a bit of the US National Anthem in that way.) Many subtle differences in wording between performances can be found, even within Scottish dialect performers. Versions exist in most languages on Earth. It is sung at many other significant events such as marriages and graduations. It was even sung at the concluding ceremonies of Boy Scout jamborees. But ushering out the old and heralding in the New Year is it’s greatest currency.

This performance of Auld Lang Syne is magnificent! The video catches the spirit perfectly. It can bring me to tears.

Memory fades. The arrow of time continues on its immutable journey. Some day we will be gone and eventually forgotten along with all of our experience of joy and sorrow and pain and pleasure. So let us raise a toast to the memories we have, our hopes for the future and the lives we are living right now. For someday, auld lang syne will be indeed be forgot when we are no longer here to remember them. 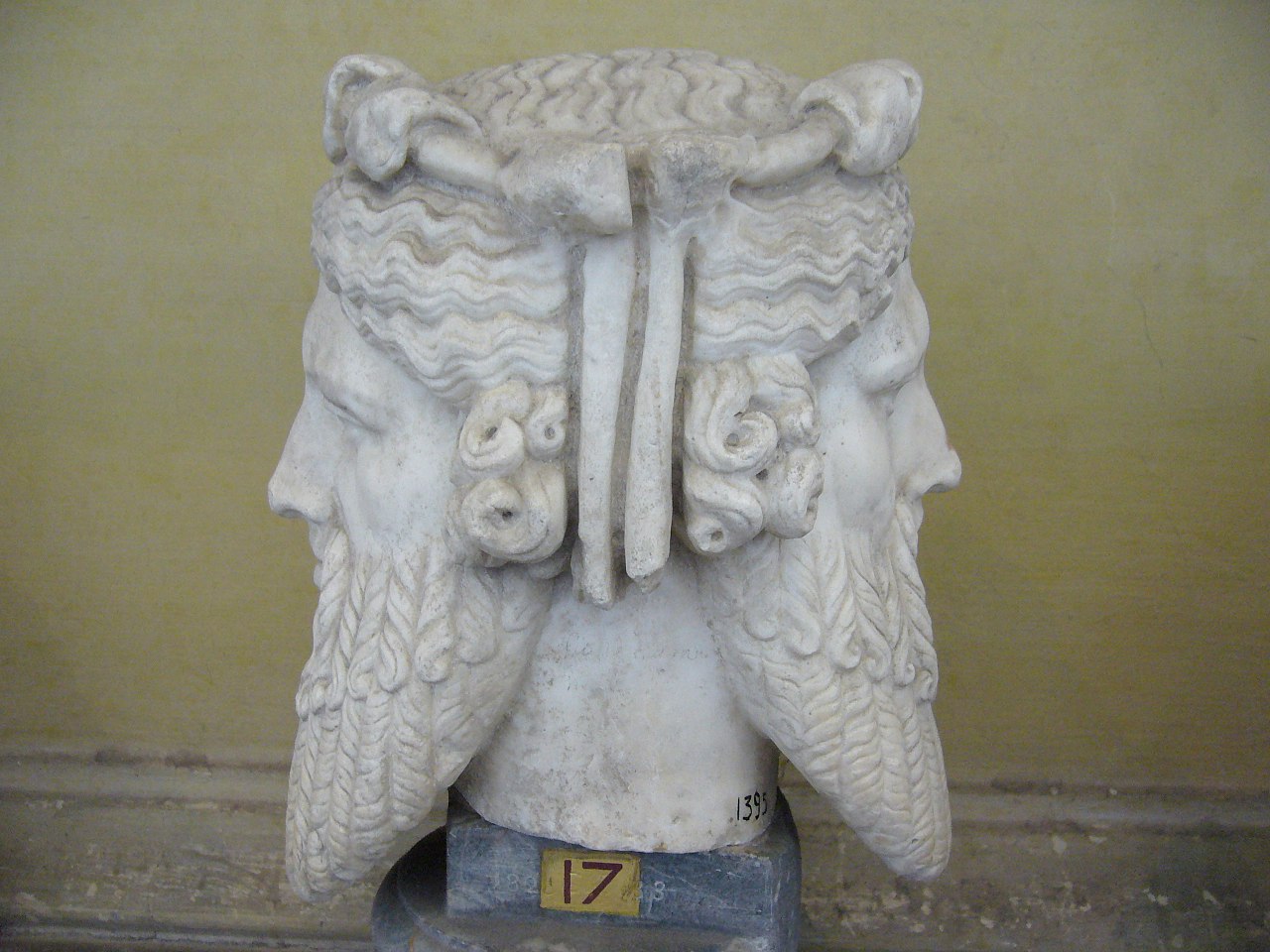 Janus (pronounced Jay-nus) was the Roman god of beginnings and passages, of changes and time. He is specific to the Roman pantheon. The Greeks had no parallel god as they did with most other Roman Deities. Conventional wisdom has it that the month of January was named after him. Mensis Ianuarius means literally the month of January, altho there is evidence that farmers considered Juno the goddess of the month.

January wasn’t the first month of the Roman year until a reorganization around 450 BCE. Before then it had been March, the month of Mars. Janus is always depicted with two faces, one looking back and one looking forward. Sometimes both faces would be old and other times one would be the face of a beardless youth. His temple would consist of an enclosed area with two opposite gates. Traditionally, they would be open during times of war and closed in peace. (They were rarely closed.)

Ancient Mesopotamia had New Year’s in mid-March. The Egyptians, Persians and many other mid-eastern countries had it on the fall equinox while the Greeks had it on the winter solstice.

Julius Ceasar implemented the Julian calendar which was designed by Greek mathematicians. New Year’s was now January 13. Along came the medieval Christians who changed it again to the end of March. Then the Gregorian calendar moved it to January 1st, where it finally stuck in the West. (William the Conquerer had earlier set that day as New Year in Britain, claiming it was the day Jesus was circumcised, but it didn’t last.)

It is thought that people who didn’t catch on to the change were considered fools and had nasty tricks played on them, hence we have April Fools Day on April 1st. There might also be a connection to a Roman festival of Hilaria on March 25. That’s just hilarious!

If you are Jewish, New Year’s is in September with Rosh Hashanah. It begins ten days of introspection which culminates on Yom Kippur, the day of atonement. The two are the highest of holy days in Judaism. Because Judaism uses a lunar year which is 12 complete lunar cycles of about 29.5 days each, (354 days total) its holidays do not happen on the same day each Gregorian year. Every 2 or 3 years a “leap month” gets inserted to keep it somewhat in step with the solar year which is 365 days. 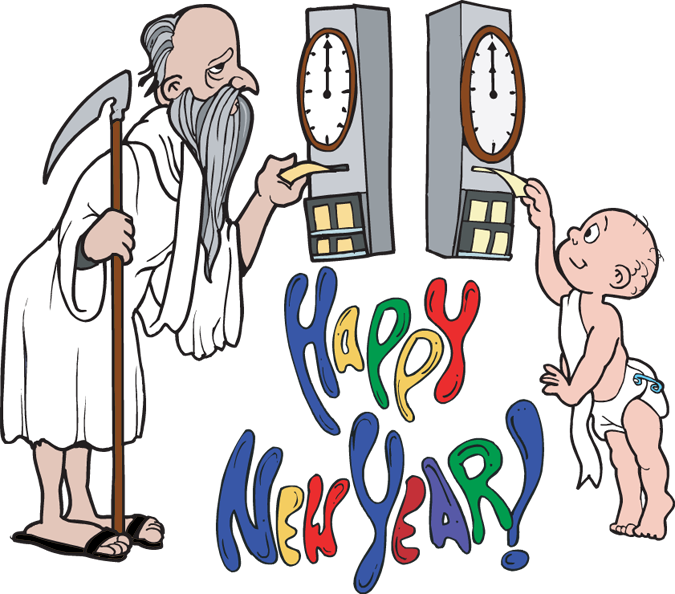 The outgoing year is an aged man about to clock out for the very last time. The incoming year is an infant about to clock in for the very first time. We look to our past, lest we forget our auld lang syne and make resolutions for the upcoming year. A time to consider the old and start anew. The actual celebration starts on New Year’s Eve with parties that range from the solemn to outright Bacchanalias.

New Year’s Eve is supposed to be a joyous occasion with parties and camaraderie, gatherings and fireworks and a crystal ball lowering as the year fades out. The next day is a host of football games and parades. It can also be a time of solemnity and self-critiquing, full of the intimations of mortality. Time’s arrow flies ever onward and each day brings us that much closer to our end, just as the past year came to its end.

The innocent brightness of a new-born Day
Is lovely yet;
The Clouds that gather round the setting sun
Do take a sober colouring from an eye
That hath kept watch o’er man’s mortality;
Another race hath been, and other palms are won.
Thanks to the human heart by which we live,
Thanks to its tenderness, its joys, and fears,
To me the meanest flower that blows can give
Thoughts that do often lie too deep for tears.

Intimations of Immortality from Recollections of Early Childhood

While we remember the past, consider why we bother remembering it. The best of all possible reasons is to draw joy and strength from all the things that happened. Old friends and new – and bad influences gotten rid of. Accomplishments as well as good efforts that didn’t quite get there. Good fortune – or making the best of bad fortune. Good times or bad times you fought your way through. Mistakes to avoid in the future to make it brighter. And all those resolutions you’re going to enjoy breaking.

Another song appropriate to the passing of time and the New Year:

Every time I look in the mirror
All these lines on my face getting clearer
The past is gone
It went by, like dusk to dawn

Dream on. Dream until your dream comes true.

Happy New Year to my followers. You are precious to me.

I hope your Christmases were bright as well.

To all those who are younger than I, you have your life ahead of you. Enjoy it. Find your passion and immerse yourself, damn it! Piss on anyone who disses you for it.

To all those my age or older: You’re not dead yet! Live a little. You will regret your passivity (may regret it already) so don’t stay f***ing passive. Get out there and at least act like you are young at heart. Piss on anyone who disses you for it.

Am I being clear here?