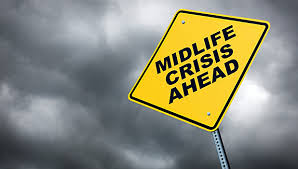 Why else would I do this? One more fling at something? I’m not sure what… perhaps just asking that the world look at me and pay attention. I think I have something important to say and show.

I’m aware that women have midlife crises as well but it would be presumptive of me to speak of them. That would be a different blogger.

There is a singer everyone has heard,
Loud, a mid-summer and a mid-wood bird,
Who makes the solid tree trunks sound again.
He says that leaves are old and that for flowers
Mid-summer is to spring as one to ten.
He says the early petal-fall is past
When pear and cherry bloom went down in showers
On sunny days a moment overcast;
And comes that other fall we name the fall.
He says the highway dust is over all.
The bird would cease and be as other birds
But that he knows in singing not to sing.
The question that he frames in all but words
Is what to make of a diminished thing.

“The Oven Bird” by Robert Frost

What is Frost talking about here?

Frost was 42 years old when he wrote it. He is in the mid-summer of his life, looking at the approach of fall, then winter. Already he feels the diminution of his life force and he knows it can only go downhill from there. When he wrote the poem, old age set in 20 years earlier than it does today. Back in 1914, even if you lived to become an adult the odds were still solidly stacked against you making it to 65.

He lived to the ripe old age of 89, dying in an age of modern medicine never imagined in his youth. Being affluent and famous played an important role. The average guy did not get a lot of preventative medical care back then.

It is a topic near and not-very-dear to my heart. One of the very few things that can frighten me and give me sleepless nights full of foreboding. Not just growing old but diminishing.

The question that he frames in all but words
Is what to make of a diminished thing.
.

Diminishing starts as soon as you stop growing. IIRC that is in your early 20s. There can be a plateau of sorts until the mid-30s. People who abuse their bodies for a living really start to decline then. Pro athletes in their 40s are extremely rare birds. Their physical plant diminishes just like the rest of us and significant injuries never heal completely.

What to make of a diminished thing? The body becomes achy and weak. No longer in demand, you may be expected to stand aside and let the next in line take over. Money and status can delay the timing but it is still inevitable. Good genes, the best health care, and careful living can slow the decline. You arrive at the same place – it just took longer to get there. Stay at home with your Ensure and Geritol and adult diapers. Return to all the bad things about childhood and none of the good.

Frost offers no answer, just the foreboding of an inevitable future.

On the other hand, listen to the words put in Ulysses’ (“Odysseus” in Greek) mouth by Tennyson.

I am a part of all that I have met;
Yet all experience is an arch wherethro’
Gleams that untravell’d world whose margin fades
For ever and forever when I move.
How dull it is to pause, to make an end,
To rust unburnish’d, not to shine in use!
As tho’ to breathe were life! Life piled on life
Were all too little, and of one to me
Little remains: but every hour is saved
From that eternal silence, something more,
A bringer of new things; and vile it were
For some three suns to store and hoard myself,
And this gray spirit yearning in desire
To follow knowledge like a sinking star,
Beyond the utmost bound of human thought.

My God, what a poet! To make mid-life crisis sound so noble. To empower that which today is treated with derision. The businessman or carpenter or garbage collector who mirrors that sentiment gets no respect and often contempt.

The most stirring scene in any of the many Bond flicks was this where Dame Judy Dench, playing the spymaster M of MI6, reads these lines to the intelligence committee of Parliament.

Ulysses isn’t really old, just at a late middle age that was enabled by the grace of high status, great affluence and the best medicine ancient Greece could offer. (Those he ruled could not expect to live so long nor to be so healthy.) He, just as is Frost,  is looking ahead at the tragedy that envelopes everyone who is “lucky” enough to grow old. The tragedy isn’t death. It is old age. Infirmity, incontinence, inadequacy, and uselessness. Senility and toothlessness. Chronic pain for which there is no remedy.

Even the mighty Thor couldn’t defeat old age, immortal though he seemed. It did take him a long, long time to fall.

Wouldn’t it be good to have one more adventure? If I die along the way, well, that was going to happen anyhow. If nothing else I’d skip the unpleasant part.

Such is midlife crisis today. What to make of a diminshed thing before it is lost 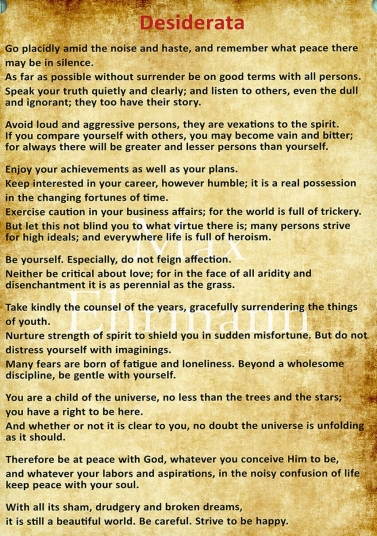 completely? Men are ridiculed and jokes are made. One should grow old gracefully. According to Max Ehrman’s “Desiderata”, one should:

Take kindly the counsel of the years, gracefully surrendering the things of youth.

There is much wisdom in this work. Fighting the wrinkles and hair loss and the sagging anatomy doesn’t extend your life a whit. Nothing wrong with a bit of vanity and if you can afford the boob lift or hair implants, more power to you. But, carry that very far and you start to look artificial.

Old people need to look old. Be proud of your age. Don’t shrink from it. That goes for women as well as men.

For most of us, those resources are better spent elsewhere. I think one should push one’s limits even as one inevitably becomes more limited. Resisting the decline is not the same as denying it or painting it over.

Replace those knees. Lose that weight. Exercise however much you can. Keep the cholesterol low.  Take advantage of whatever miracles modern medicine offers. Yes, your body is old. And that makes you old. But a tired old mind can still contain young thoughts. Keep your mind young even if everything else goes to heck in a handbasket.

Midlife crisis can be noble and need not be pathetic. Men need to look more deeply into themselves to understand what is going on. It is an attempt to affirm life and one’s value as a human being even as the world around you tells you otherwise.

Tennyson and Frost (Oven Bird) are both addressing the same question. Frost offers no answer. Tennyson suggests going down swinging. What differs in Ulysees’ final fling and what often passes for it today is narcissism.

Unlike Ulysses in the poem, the narcissist is in denial. He will say, “I’m still young! Look at this trophy girlfriend. Look at the yacht I sail. My dick still gets hard and I can beat you up and then buy you out. I am still young!” No quest for knowledge, nor glory, nor a desperate need to explore the unknown or to grow as a human being.  He’s not willing to risk anything important, let alone death. It is all about him.

And to abet this we have people spouting nonsense like, “Age is just a number. You’re as young as you feel!” Obviously then, my” age” fluctuates wildly from one day to the next. One day I can run a Naked Beer Mile or hike 15 miles with a 35 lb. pack. Another day I might be so crippled up I can barely make it out of bed. The ratio between the two is slowly changing and not in my favor.

We are not now that strength which in old days
Moved earth and heaven, that which we are, we are;
One equal temper of heroic hearts,
Made weak by time and fate, but strong in will
To strive, to seek, to find, and not to yield.
“Ulysses” by Alfred, Lord Tennyson
.

You see, the “Ulysees” of Tennyson knows his days are numbered. He knows he is already in decline and has been for some time. But he is still capable of doing something. He is heroic while the most common version today is entirely hedonistic. He sees pain, suffering and early death as his reward. But it beats the hell out of sitting around the old folks home talking ’bout those glory days.

This song is simply the happiest rendition of midlife crisis.

It is so tempting to find that hot young lady who rocks a bikini, gives great head and maybe even has some daddy issues to work out with you. (Or maybe that bat-faced girl you met.) Her youthful pheromones will make you feel like a man again at whatever age you are. The other guys will be so jealous! Cocaine days and Viagara nights await. And then you’ve spent your retirement, messed up your health, and she’s gone.

That’s one way to handle a midlife crisis. (Don’t expect your wife to take you back. They aren’t all Julie Andrews. Personally, Bo Derek had nothing on Julie in this film.)

Then it is back to the rat race. Just as soft in the middle, just as short of an attention span. If you still have your job you are more deeply enslaved to it than ever.

Most men feel the yearning. They are too locked in place to do anything about it. It sits there, eating away at any happiness and relationships they do have. Instead of being a catalyst for change it becomes corrosive.

One oughtn’t to need to throw away everything to feel alive. For most of us that only lasts until the 401K runs out and the credit cards are at their limits. The girl finds someone new and we’ve ruined our health. Wouldn’t it be better to do something actually heroic?

And here is another.

The world is full of problems that need to be solved. Everyone has something they can contribute, even if it is a bit of support for a cause. Find yourself a cause, something greater than yourself and throw all the angst and longing and diminishing capacity into that. Tackle a dream you think impossible, one small step at a time. Sail beyond your own sunset. Strive, seek, maybe find, and hopefully not yield,

Who knows? Maybe you’ll meet that hot young lady in the field and she will respect you for your honest effort and not your 401K. 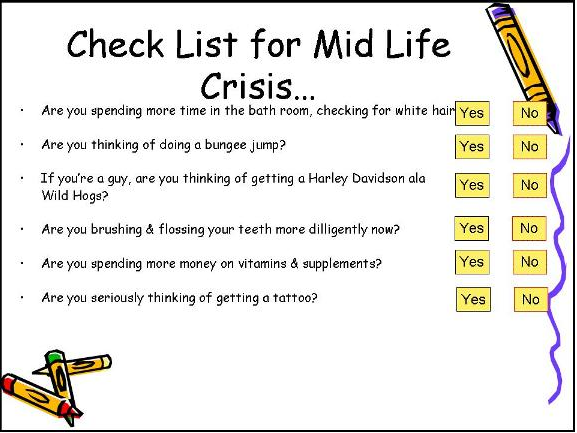